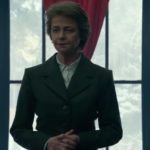 Dutch filmmaker Paul Verhoeven has set his next project, with the director set to reteam with Elle actress Virginie Efira and producer Said Ben Said for Blessed Virgin, which is based upon Judith C. Brown’s 1986 book Immodest Acts: The Life of a Lesbian Nun in Renaissance Italy. Variety reports that the film will see […]