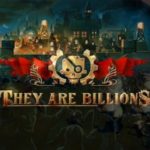 Blitworks and Numantian Games have announced that the PC strategy hit, They Are Billions, is now available on the Xbox One.  This steampunk strategy game pits humanity against huge swarms of the undead.  Blitworks has released a new trailer to celebrate the game’s release. With They Are Billions, players are transported to a post-apocalyptic planet where […] 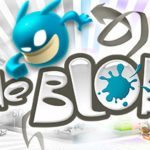 Back in 2008 THQ Nordic introduced gamers to de Blob, an amorphous blob of liquid and hero to the people of an alien world where colour was made illegal.  Now, thanks to THQ and Blitworks, gamers on Xbox One and Playstation 4 can once more play as our liquid hero in this remastered version of […]

Blitworks and Team Meat have announced that their hit platformer Super Meat Boy will reach the Wii U on 12th May.  Super Meat Boy has been out on the PC, PSN and Xbox Marketplace for a long time but now Wii U owners can get chance to own this gem of a game. Super Meat Boy […]