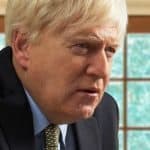 Last month it was announced that Kenneth Branagh is set to portray Boris Johnson in This Sceptred Isle, and now we have out first look at the actor as the British Prime Minister in the upcoming miniseries. This Sceptred Isle is being directed by Michael Winterbottom, who has also co-written the script and is producing […] 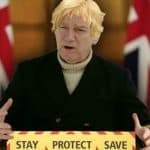 Deadline has announced that Kenneth Branagh is set to portray British Prime Minister Boris Johnson in This Sceptred Isle, a five-part drama series from Sky Atlantic and Michael Winterbottom’s Revolution Films. As per the trade, the drama “will chart the events surrounding the U.K. Prime Minister, the government, and the country in the face of […]