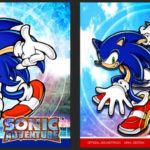 Brave Wave Productions have announced the limited edition CD and Vinyl release of Ninja Gaiden: The Definitive Soundtrack.  This latest release, spanning two volumes, is the companies third and fourth entry in their Generation Series which is a sub-label of Brave Wave that focuses on legendary video game soundtracks. The Generation Series label began in 2015 with […]

Japanese music label Brave Wave Productions have announced the release of Shovel Knight The Definitive Soundtrack in limited edition on both CD and Vinyl. Brave Wave Productions have enriched some of the best videogame music out there including the 2015 hit Street Fighter II The Definitive Soundtrack.  Now they have enriched the award winning soundtrack from Shovel Knight created by The […]