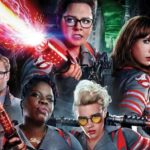 Director Paul Feig returned to cinemas this weekend with the release of the Anna Kendrick and Blake Lively thriller A Simple Favor [read our review here], two years on from his female-led reboot of the 1980s classic Ghostbusters. The film was intended as a relaunch of the Ghostbusters franchise, but a worldwide gross of just $229 […]