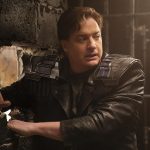 Hot off the heels of Brendan Fraser’s casting in Martin Scorsese’s Killers of the Flower Moon, Deadline reports he has also joined Brothers from Palm Springs director Max Barbakow. Fraser joins a cast that includes Peter Dinklage (Game of Thrones), Josh Brolin (Dune) and Glenn Close (Hillbilly Elegy). There is no word on plot details, but Brothers will be a comedy from […] THR is reporting that Avengers: Infinity War co-stars Josh Brolin and Peter Dinklage are set to team up for the comedy Brothers, which is in development at Legendary Entertainment. Scripted by Etan Cohen (Tropic Thunder, Get Hard), the film will see Brolin and Dinklage starring as two unlikely brothers, in a similar vein to the […]