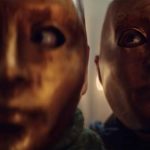 Netflix has released a trailer for the Norwegian horror Cadaver. written and directed by Jarand Herdal, the film follows a family of three, who in the aftermath of a nuclear disaster, attend a charitable event which takes a sinister turn when people start to disappear; watch it here… In the starving aftermath of a nuclear […]