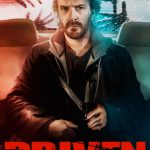 Uncork’d Entertainment has has released a poster and trailer for the upcoming thriller Driven which stars Casey Dillard as a cab driver who finds herself on a quest to stop demons from invading the world after picking up a mysterious passenger (Richard Speight Jr.); check them out here… Emerson Graham’s nights as a cab driver […]