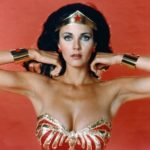 Gary Collinson looks at the actresses who have portrayed Wonder Woman in live action… With the release of All Star Comics #8 in October 1941, William Moulton Marston and DC Comics introduced the world to Princess Diana of Themyscira, better known as Wonder Woman, who would quickly go on to establish herself as the most iconic female […]