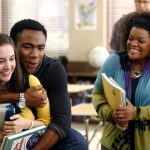 With the promise of six seasons and a movie being delivered, Community fans are hoping to see the entire cast return for the film, and while many were announced when we got the official news, there are still some key figures Dan Harmon wants to see. Creator Harmon spoke to Variety at New York Comic […]