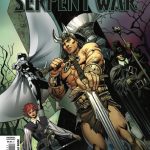 Marvel’s Conan the Barbarian event Conan: Serpent War gets underway this coming Wednesday, and you can check out a preview of the first issue right here… Including behind-the-scenes extras! THE WRATH OF THE SERPENT GOD! JAMES ALLISON will soon die. But it’s not his first death. He’s lived many lives, in many places – lives […] 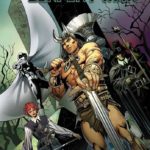 Hot on the heels of the news that Marvel will be introducing Robert E. Howard’s Solomon Kane and Dark Agnes into its comic book universe, the publisher has now announced that they will make their debut in Conan: Serpent War, a four issue event series which also features the character of Marc Spector, a.k.a. Moon […]