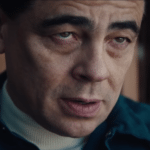 Showtime has released the first trailer for its upcoming drama Escape at Dannemora. Based on the true events of the 2015 prison break at the Clinton Correctional Facility, the series stars Benicio del Toro, Patricia Arquette, Paul Dano, Bonnie Hunt, Eric Lange, and David Morse; watch it here… Escape at Dannemora is based on the […]

The first trailer for sports drama Concussion has appeared online today, which you can view below, as well as the film’s first poster… The drama stars Will Smith (Focus) and is based on the story of American immigrant Dr. Bennet Omalu, “the brilliant forensic neuropathologist who made the first discovery of CTE, a football-related brain […]

Having earned rave reviews from its premiere at SXSW earlier this year, director Craig William Macneill’s indie thriller The Boy is gearing up for a Stateside release next month, and we’ve got a trailer for you below, along with the official synopsis… It’s the summer of 1989.  Nine-year-old Ted Henley (Jared Breeze) and his father […]

Lionsgate has announced this week details of the DVD and Blu-ray release of Horns, which has been set for release on March 16th, and you can pre-order over at Amazon here. While no technical specificiations, including special features, have been released, Lionsgate has revealed artwork for both releases, which we have for you here… Directed […]