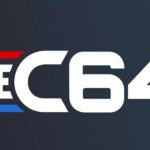 THEC64 team today have just released a rather big announcement over on their indiegogo page, relating to the timeline and the release of their upcoming machines, in particular the handheld device.  Within this update it’s also revealed that the David Rowe, the artist behind such gaming covers as 3D Ant Attack, Soft Aid and Way of […]

With Doomdark wondering where it all went wrong, we salute the Lords of Midnight goodbye and turn to our next game in the Your Sinclair Top 100.  It appears our luck is coming in fours not threes this time, for arriving at No.#14 is Ant Attack from Quicksilva. Ant Attack crawled onto our machine in 1983, […]