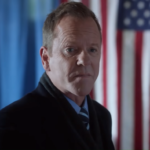 Having saved the show last year after its ABC cancellation, Netflix has announced that it has swung the ace on the Kiefer Sutherland-headlined political thriller Designated Survivor after a single season as a Netflix Original. “We are proud to have offered fans a third season of Designated Survivor, and will continue to carry all three […]

Netflix has released a trailer and promo images for the third season of the Kiefer Sutherland-headlined Designated Survivor which arrives on the streaming service on June 7th; check them out here… A lower level United States Cabinet member is suddenly appointed President after a catastrophic attack during the State of the Union kills everyone above […] 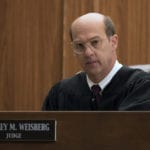 Having been saved from cancellation by Netflix last month, the political drama series Designated Survivor has now made two new additions to its cast for the upcoming third season in Anthony Edwards (ER) and Julie White (Transformers), who will join the returning Kiefer Sutherland, Kal Penn, Adan Canto, Italia Ricci and Maggie Q. Edwards is […] 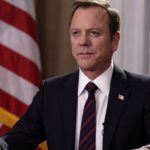 Having come to the rescue of Lucifer earlier in the year, Netflix has now announced that it has picked up another cancelled show in the Kiefer Sutherland-headlined Designated Survivor. Deadline reports that the streaming service has granted a ten-episode season 3 order to the show, which was cancelled by ABC back in May along with […] 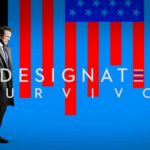 Last week, ABC announced a number of TV cancellations, including the Kiefer Sutherland-headlined political conspiracy drama Designated Survivor. The news was somewhat surprising, as the show had been expected to receive a season three renewal; although live ratings weren’t particularly strong, its delayed viewing numbers were impressive, and it had been profitable for the network thanks […] 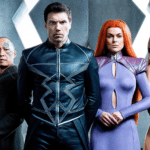 ABC has announced its cancellations for the new TV season, and it will come as very little surprise to hear that Marvel’s Inhumans won’t be returning for a second season after its rather disastrous reception last year. In addition to Inhumans, the network has also cancelled fellow freshman dramas Deception, Kevin Probably Saves the World […] 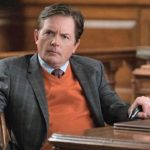 Michael J. Fox is heading back to the small screen, with Deadline reporting that the actor is set for a five-episode arc in the second season of ABC’s Designated Survivor. Fox is set to portray Ethan West, “a high-flying and connected Washington attorney who is hired by the President’s Cabinet and ultimately appointed as special […]

With Designated Survivor set to return next month, ABC has released a teaser promo for the upcoming second season of the political drama series which you can check out here… Kiefer Sutherland stars as Tom Kirkman, a lower-level cabinet member who is suddenly appointed President of the United States after a catastrophic attack on the […]

With just two weeks to go until its season premiere, ABC has released a first look featurette for the upcoming political drama series Designated Survivor which features interviews with cast members Kiefer Sutherland, Natascha McElhone, Maggie Q and Kal Penn; watch it below after the official synopsis… Emmy- and Golden Globe-winning actor Kiefer Sutherland (“24”) returns to […]