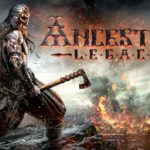 Destructive Creations’ historically inspired real time strategy Ancestors Legacy will arrive on PC on 22nd May and as well as a digital release the game shall also be released through selected retailers on the same date.  There will also be special or collector’s editions of the game which will include a printed artbook and a soundtrack CD […]

Destructive Creations and 1C have announced that they will be bringing a new squad-based real time strategy game, titled Ancestors, to Xbox One and PC.  Release dates for this new title are scheduled to be announced at this years Gamescom but in the meantime an impressive action packed announcement trailer has been released and can be […]