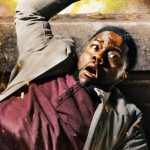 Kevin Hart knows the value of his work, so he’s bringing one of his most beloved projects to an even bigger platform. Deadline reports Die Hart, the shortform series that originally aired on Quibi before being acquired by Roku, is being restructured into a film for and will serve as a “condensed version of the […]

Quibi has released a poster and trailer for Die Hart, the upcoming action comedy from the shortform streaming service which stars Kevin Hart as a fictionalised version of himself, tired of being the comedic sidekick he pushes himself to his limits at an action star school run by lunatic (John Travolta) in order to win […]