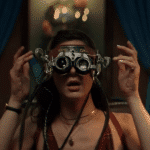 AMC has released a trailer for Dispatches From Elsewhere, the new anthology series from executive producer Jason Segel, who also stars alongside Sally Field, Andre Benjamin and Eve Lindley as four strangers who who stumble onto a puzzle hiding just behind the veil of everyday life, and work together to solve its challenges; watch it […] 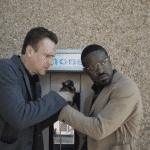 AMC has released the first trailer from its sci-fi drama anthology series Dispatches From Elsewhere which stars Jason Segel, Andre Holland, Sally Field, Eve Lindley, and Richard E. Grant; watch it here… The ten-hour series is centered around four ordinary people who feel there’s something missing in their lives, but they can’t quite put their […]