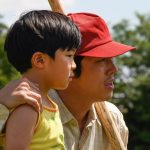 Awards season 2021 is heating up by the day, and now The Society of LGBTQ Entertainment Critics (GALECA) has entered the race. Today, GALECA announced its nominations for the 2021 Dorian Film Awards, and it looks to be a direct call-out out to other awards shows. From Minari sweeping the nominations – following its Golden […]