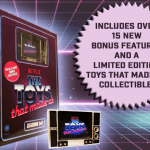 Tai Freligh reviews The Toys that Made Us Collector’s Box Set… SYNOPSIS: Netflix’s The Toys That Made Us offers a deep nostalgic dive into the minds behind history’s most iconic toy franchises, as they discuss the rise (and sometimes fall) of their billion-dollar creations. The Nacelle Company has released a collector’s edition of the acclaimed docuseries, […] 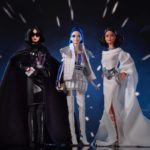 Mattel has unveiled their new line of collectible Barbie dolls which pay homage to the iconic Star Wars characters Darth Vader, R2-D2 and Princess Leia and go on sale this November, priced at $100.00 each; check them out here… Once a heroic Jedi Knight, Darth Vader was seduced by the dark side of the Force, […] 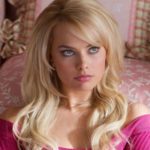 Back in January, it was announced that Margot Robbie is set to produce and star in Warner Bros.’ live-action Barbie movie, and now Variety is reporting that Greta Gerwig (Lady Bird) and Noah Baumbach (Frances Ha) have signed on to co-write the script, with Gerwig potentially directing. A Barbie movie had been in development for […] 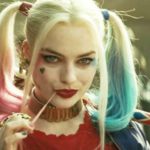 Last year it was reported that Mattel’s long-planned Barbie movie had moved from Sony to Warner Bros., with the studio looking to bring in its Suicide Squad star Margot Robbie for the title role in the live-action adaptation of the classic toy line. Well, we now have confirmation that Robbie will instead star in the […] 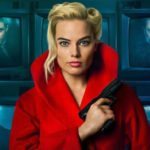 With Sony’s option on Barbie expiring earlier in the year, Deadline is reporting that the long-gestating big screen adaptation of the Mattel toy line may be set for another lease of life at Warner Bros. According to the site, the Suicide Squad and I, Tonya star is in early talks to take on the title […] 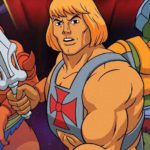 With film adaptations of several of its properties spending years stuck in development hell, toy giant Mattel has now announced that it is going down the Hasbro route by launching its very own film division. According to Variety, Mattel is currently setting up Mattel Films, which will be led by Robbie Brenner, producer on Dallas […]

Anne Hathaway’s Barbie movie has been pushed back two years to a May 2020 release date. The joint venture between Sony Pictures and Mattel, who make the iconic plastic doll, was originally set to star Amy Schumer and land in cinemas on August 20th of this year. However, Schumer, who also has a writing credit […]

According to The Tracking Board, Anne Hathaway is in talks with Sony for the lead in Barbie, the upcoming live-action movie based upon Mattel’s iconic toy line, which also reportedly has Alethea Jones (Fun Mom Dinner) in negotiations to direct. A deal is yet to be finalised, but should Hathaway sign on she would replace […]

If you were looking forward to seeing Amy Schumer taking on the role of the iconic Mattel doll Barbie in Sony Pictures’ upcoming big screen adaptation, then we have some bad news for you as Variety is reporting that she has exited the project due to scheduling conflicts with the promotional tour for her new comedy […]