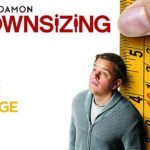 Ahead of its UK home-entertainment release this coming Monday, we’ve got an exclusive behind-the-scenes clip from Downsizing which sees actress Hong Chau talking about how the set was “downsized” for the movie; check it out here… https://www.youtube.com/watch?v=idJ2KCty_Q0 Downsizing imagines what might happen if, as a solution to over-population, Norwegian scientists discover how to shrink humans […] 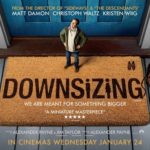 Downsizing, 2017. Directed by Alexander Payne. Starring Matt Damon, Kristen Wiig, Christoph Waltz, Hong Chau, Jason Sudeikis, and Udo Kier. SYNOPSIS: A cash strapped couple discover a way to escape their financial problems – move to a brand new community.  All they have to do is undergo an irreversible operation that will shrink them down […]

Red Stewart chats with film editor Kevin Tent on Downsizing, his directorial debut Crash Pad, and more… The entertainment industry is full of fascinating people working behind the scenes to ensure audiences get the best quality experience from whatever venue they are enduring, often with little recognition. In the film sector, in particular, it seems […] 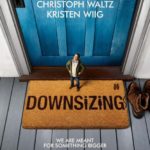 Downsizing, 2017. Directed by Alexander Payne. Starring Matt Damon, Kristen Wiig, Christoph Waltz, Hong Chau, Rolf Lassgård, Ingjerd Egeberg, Udo Kier, Søren Pilmark, and Jason Sudeikis. SYNOPSIS: A social satire in which a guy realizes he would have a better life if he were to shrink himself.   Downsizing is the second failed social satire […] 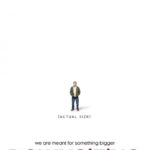 With just a month to go until the release of Downsizing, a new poster has arrived online for Alexander Payne’s upcoming sci-fi comedy drama featuring Matt Damon; take a look below… SEE ALSO: Watch the trailer for Downsizing here Downsizing imagines what might happen if, as a solution to over-population, Norwegian scientists discover how to shrink […] 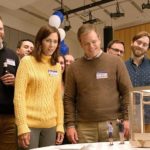 Ahead of its US release next month, Paramount Pictures has debuted a new trailer for the upcoming sci-fi comedy drama Downsizing. Directed by Alexander Payne, the film stars Matt Damon, Kristen Wiig, Christoph Waltz, Jason Sudeikis, Hing Chau, Laura Dern, Alec Baldwin, Neil Patrick Harris, and Maribeth Monroe; watch it below… Downsizing imagines what might happen if, as […]

Entertainment Weekly has debuted the first image from director Alexander Payne’s upcoming sci-fi comedy drama Downsizing featuring Matt Damon and Kristen Wiig; take a look below… “Downsizing imagines what might happen if overpopulation and climate change [prompt] Norwegian scientists to discover how to shrink people down to five inches tall and propose, very earnestly, the population’s […]