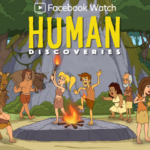 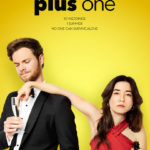 Plus One, 2019. Written and Directed by Jeff Chan and Andrew Rhymer. Starring Maya Erskine, Jack Quaid, Ed Begley Jr., and Finn Wittrock. SYNOPSIS: In order to survive a summer of wedding fever, longtime single friends, Ben and Alice, agree to be each other’s plus one at every wedding they’ve been invited to. Alice and […] 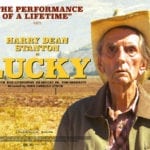 Lucky, 2017 Directed by John Carroll Lynch. Starring Harry Dean Stanton, David Lynch, James Darren, Tom Skerritt and Ed Begley Jr. SYNOPSIS: Lucky is elderly and lives alone.  When he collapses at home, he realises he has to face up to his inevitable decline and accept it Harry Dean Stanton’s penultimate film is also his […]

It feels like ages since we have felt that familiar pang of anxiety that always comes with watching Larry David’s world get turned upside down in Curb Your Enthusiasm. After a phenomenal Season 8, the show took a lengthy break, which is par for the course with Larry David: The comedian/writer has always stated that […]

A trailer has arrived online for the upcoming drama Lucky. The film marks the directorial debut for John Carroll Lynch and stars Harry Dean Stanton, David Lynch, Ron Livingston, Ed Begley Jr., and Tom Skerritt; watch it below after the official synopsis… LUCKY follows the spiritual journey of a 90-year-old atheist and the quirky characters […]

Ahead of its Valentine’s Day premiere next month, Netflix has debuted a new poster and trailer for the upcoming comedy Girlfriend’s Day. Directed by Michael Paul Stephenson, the film stars Bob Odenkirk, Amber Tamblyn, Natasha Lyonne, Ed Begley Jr., and Stacy Keach; take a look below… Roses are Red, Violets are Blue, Write a card too clever, […]