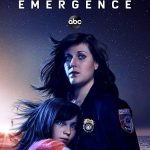 Red Stewart chats with Gail Barringer about Emergence… Gail Barringer is an American producer who has been working in the film and television industries since the early 1990s. She is best known for her producing work on projects like Person of Interest, Luke Cage, and Wu-Tang: An American Saga. Her latest venture is the ABC mystery […]

Variety is reporting that Norwegian director Andre Ovredal (Troll Hunter) has signed on to helm the sci-fi thriller Emergence, which is being produced by StarStream and XYZ Films. Written by Rowan O’Neill and Jonathan auf der Heide from a story by O’Neill and Chris Kunzmann, the story “follows a mining crew working on a distant moon […]