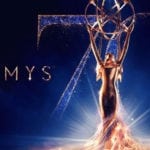 The nominations for the 70th annual Primetime Emmy Awards have been announced today, with Game of Thrones leading the field with 22 nominations, followed closely by fellow HBO show Westworld on 21. However, HBO has to settle for second place in terms of the most nominations – for the first time in 17 years – […] 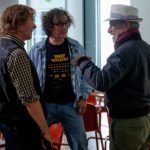 Out on the promotional rounds for his new film Ready Player One, legendary director Steven Spielberg has been chatting about current trends in filmmaking – and specifically, the rise of original content on streaming services such as Netflix. “A lot of studios today would rather just make branded, tentpole, guaranteed box office hits from their […] 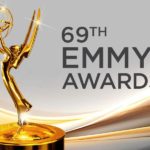 The 69th Primetime Emmy Awards were presented in Los Angeles, California last night, as the Academy of Television Arts & Sciences honoured the very best in small screen entertainment from the past twelve months. Big winners on the night included Big Little Lies and The Handmaid’s Tale with five gongs apiece, with the latter becoming […] 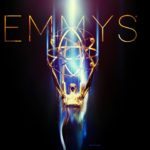 The nominations for the 69th annual Emmy Awards have been announced today, with HBO’s Westworld and NBC’s Saturday Night Live leading the pack with 22 nominations apiece. Check out a full list of the nominations here courtesy of Variety… Drama Series “Better Call Saul” (AMC) “The Crown” (Netflix) “The Handmaid’s Tale” (Hulu) “House of Cards” (Netflix) “Stranger […]

It was another great night for HBO at the 2016 Emmy Awards, with Game of Thrones and Veep winning Outstanding Drama Series and Outstanding Comedy Series for the second consecutive year. Game of Thrones won a further two awards (Directing and Writing), pushing the show’s total Emmy haul to 38 and topping the previous record […]

With the 2016 Primetime Emmy Awards set to take place this coming Sunday, September 18th, the Academy of Television Arts & Sciences has announced the winners of the Creative Arts Emmys over two nights this past weekend. HBO’s epic fantasy series Game of Thrones was the bigger winner, scooping 16 wins across the two nights, […]

It was a big night for HBO’s epic fantasy series Game of Thrones last night at the 67th Primetime Emmy Awards, with the show enjoying a record-breaking haul of 12 awards, including Outstanding Drama Series and Outstanding Supporting Actor, Drama (Peter Dinklage). In total, HBO pulled in 43 Emmys, winning Outstanding Comedy Series (Veep) and […]

Ahead of next Sunday’s Primetime Emmy Awards, the 2015 Creative Arts Emmys were presented in Los Angeles, California last night. HBO’s Game of Thrones was the big winner on the night, taking home eight awards, followed by American Horror Story: Freak Show with five and Bessie and The Saturday Night Live 40th Anniversary Special with […]

The nominations for the 67th Primetime Emmy Awards were announced today by Uzo Aduba (Orange is the New Black) and Cat Deeley (So You Think You Can Dance). Brooklyn Nine-Nine actor Andy Samberg will host the awards ceremony, which will air on September 20, 2015 on Fox. Game of Thrones led the pack with 24 […]