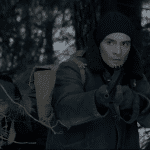 A trailer has been released for the WWII action drama Enemy Lines. Directed by Anders Banke, the film follows a commando squad on a covert mission to extract a sought after Polish scientist from the Nazisand features a cast that includes Ed Westwick, John Hannah, Corey Johnson, and Tom Wisdom; watch it here… November 1943. […]