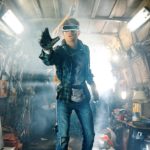 Ernest Cline has invited people to take a VR tour around Aech’s garage from the forthcoming Steven Spielberg adaptation of his cineliterate nostalgic adventure Ready Player One. The author tweeted a link to the virtual experience, with an accompanying video in case you didn’t want to rummage through 80’s paraphernalia yourself. You can now explore […] 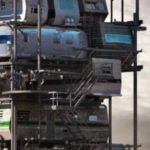 Author Ernest Cline is set to hit continue on Ready Player One, with the writer revealing during a Facebook Livestream for Steven Spielberg’s upcoming movie adaptation of his cult novel that he is working on a sequel to the 2011 novel. “It’s true,” said Cline when asked about the rumours that he was working on […]

Warner Bros. has released the first trailer for Steven Spielberg’s film adaptation of Ready Player One, just moments after the footage debuted during the Warner Bros. panel at San Diego Comic-Con. Watch the action-packed two-minute trailer below… Also, be sure to check out the brand new logo for the film, which was also unveiled at the […]

Having been in development for some time now, it seems as though the big screen adaptation for Ernest Cline’s geek novel Ready Player One could be making some steps forward. The Tracking Board are claiming that Warner Bros. have approached Interstellar director Christopher Nolan to direct the script, written by Zak Penn (The Incredible Hulk) […]