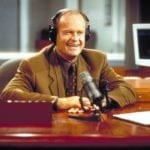 Dr. Frasier Crane is returning to airwaves as a revival of Frasier has officially been announced for Paramount+. “Having spent over 20 years of my creative life on the Paramount lot, both producing shows and performing in several, I’d like to congratulate Paramount+ on its entry into the streaming world,” said Frasier star Kelsey Grammer. “I gleefully anticipate sharing […]

Last summer it was reported that Kelsey Grammer is looking to put together a spinoff/continuation of the Emmy Award-winning comedy series Frasier, with the star and producer going on to confirm that he was actively meeting with writers in an effort to come up with a suitable concept for the proposed revival. We’ve heard  little […] 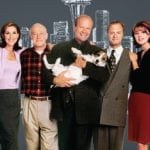 Last week it was reported that Kelsey Grammer is currently exploring a revival of the Emmy Award-winning comedy series Frasier, and is said to be actively meeting with writers about concepts for the potential series. Speaking to SlashFilm at the Television Critics Association panel, Grammer has offered a few more details, revealing that the idea is […]

It looks like Frasier could be the latest comedy for a revival, of sorts at least, with Deadline reporting that star and executive producer Kelsey Grammer is looking to put together a reboot of the Emmy Award-winning series. Unlike the likes of Will & Grace and Roseanne, the new project is said to be envisioned […]

Edward Gardiner on why Frasier deserves more recognition… If I asked you to think of a sitcom beginning with ‘F’ which first aired in the 90s, what immediately springs to mind?  I’d wager about 90% of you are currently thinking “well it’s Friends, of course” – or at least would be had I not incepted […]