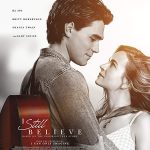 Lionsgate has released a new poster and trailer for directors Andrew and Jon Erwin’s biographical drama I Still Believe which stars Riverdale’s KJ Apa as Christian music star Jeremy Camp alongside Britt Robertson, Gary Sinise, and Shania Twain; take a look here… From the makers of I CAN ONLY IMAGINE comes the true life story […] 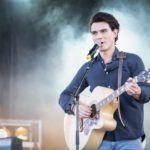 Lionsgate has debuted the first poster and trailer for the biographical drama I Still Believe. Directed by Andrew and Jon Erwin, the film tell the true-life story of Jeremy Camp and sees KJ Apa (Riverdale) in the lead role as the Christian music star alongside a cast that includes Britt Robertson, Gary Sinise, and Shania […]

It was recently announced that Tom Hardy has left the role of Rick Flag in Suicide Squad, with Warner Bros. eyeing Jake Gyllenhaal for his replacement, only for the Nightcrawler star to decline. Well, according to CinemaBlend, the studio has turned its attention to Joel Edgerton (Exodus: Gods and Kings) and Jon Bernthal (The Walking […]