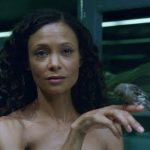 Emmy-winning actress Thandie Newton (Westworld) has signed on to star in God’s Country, a neo-Western thriller from Cold Iron Pictures and The Film Arcade, which is based on the short story ‘Winter Light’ by James lee Burke and will mark the debut feature of director Julian Higgins. Set in the bleak winter landscape of the […]