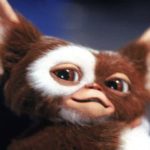 While we have heard reports for many years that a third Gremlins film could be happening in the future, original screenwriter Chris Columbus has provided a new update on the project. In an interview with Collider, Columbus confirmed that while there is an existing script, they are currently working through the franchise’s rights issues which is […]

Over the past few years there’s been a lot of talk about Gremlins 3, and now it seems the project may finally be moving forward as original screenwriter Chris Columbus has revealed to SlashFilm that he’s completed a screenplay for a third instalment in the comedy-horror series. “I’m really proud of the script,” said Columbus. […]

For the past few years, there’s been frequent talk of a new instalment in the Gremlins franchise – either as a remake of the original movie, or a “reinvention” of the series – and for a while in 2015 it even looked close to becoming a reality as Warner Bros. tried to fast track the project into […]

THE WEEK IN MOVIES IS SPONSORED BY THE… The Week in Movies discusses the last seven days in cinema – including the first Captain America: Civil War trailer, a major spoiler for Star Wars: Episode VIII, an action figure playset potentially revealing the final act of Batman v Superman: Dawn of Justice and much, much more… […]