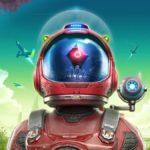 Indie developer Hello Games and publisher 505 Games have announced that the free No Man’s Sky: BEYOND update will be released on 14th August on Xbox One, Playstation 4 and PC.   This seventh large free update will combine three major updates into one epic update, including a new social and multiplayer experience No Man’s Sky […] 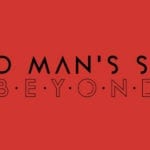 No Man’s Sky has announced its next free major update, titled ‘Beyond‘. This update, described as the ‘most ambitious chapter so far’ is due to be released in Summer 2019 on PS4, Xbox One, and PC, with the first component being ‘No Man’s Sky Online’. According to Sean Murray and Hello Games, the Beyond update […] 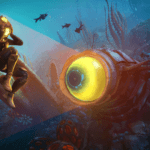 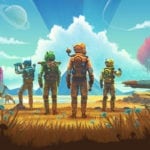 Hello Games have released a new trailer that reveals a first look at the multiplayer gameplay coming next week to their Sci-Fi exploration game No Man’s Sky.  The massive new NEXT update will release on 24th July alongside the highly anticipated Xbox One version of the game (although us European Xbox owners will have to wait another […]

On the 24th July the next big update will arrive for No Man’s Sky on PC and PS4 and for the first time the game will arrive on the Xbox One.  In the run up to the next update 505 games and Hello Games have trawled through all the updates to find their top 11 things that […] 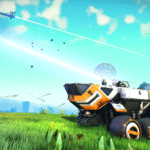 Hello Games have announced two2 great pieces of news for their epic space exploration sim No Man’s Sky; firstly, the next big update titled No Man’s Sky NEXT will be arriving later this year for PS4 and PC but secondly,more importantly, will arrive on the Xbox One.  The Xbox One version will launch with all content released to […] 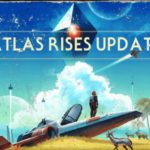 Hello Games have announced the release of The Atlas Rises Update 1.3 for their sci-fi title No Man’s Sky.  This brand new update brings a new and overhauled storyline, portals, a new procedural mission system, trade improvements, multiplayer and much more.  To get a glimpse of some of these new features check out the new trailer […]

Last summer, Hello Games had promised significant following the release of their extremely polarizing space-exploration sim No Man’s Sky. A few months ago, they rolled out a number of improvements, but now the game has just received its biggest update yet. The ‘Path Finder Update’ is a massive update that fixes a number of issues, and […]

A few days ago Hello Games took to their official website to announce an update that would serve as the “foundation of things to come”. That update has gone live, and Hello Games has gone into greater detail as to what, exactly, will change in No Man’s Sky with Foundation Update 1.1. There is a lot […]

With No Man’s Sky now complete and gearing up for its August release date, Hello Games has debuted a new trailer for the hotly-anticipated sci-fi, which invites us to explore the game’s vast universe (which just so happens to contain a whopping 18 quintillion planets!); check it out here… No Man’s Sky is a game about […]