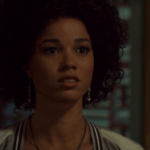 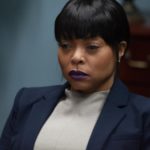 Lionsgate has released a batch of images from Tyler Perry’s latest movie, the thriller Acrimony, which stars Taraji P. Henson as a woman scorned; check them out below, and watch the final trailer here… A faithful wife (Oscar® nominee Taraji P. Henson) tired of standing by her devious husband (Lyriq Bent) is enraged when it […]

The second trailer has arrived online for HBO’s upcoming comedy drama series Ballers starring Dwayne Johnson; check it out below after the official synopsis… Set in Miami, Ballers is a half-hour dramedy centered on a group of current and former professional football players, as well as their families, friends, and handlers. The series goes beyond […]

A trailer has been released for HBO’s upcoming comedy series Ballers starring Dwayne Johnson as Spencer Strasmore, a retired American football player looking to get his life back on track in retirement while mentoring other players in the business of football. Check it out here… Ballers is set to premiere June 21st on HBO, with […]