Netflix has axed yet another series as the streaming service has officially cancelled its superhero series Raising Dion after two seasons. Taking to Instagram, series star Sammi Haney confirmed the cancellation, stating: “Sad to say that Raising Dion is CANCELED. Thank you for all of the amazing support we got from all of our wonderful fans! Season […]

Netflix has released a trailer, poster and images for season two of the superhero family drama Raising Dion. Picking up two years after the events of the first season, the series follows Dion (Ja’Siah Young) as he continues to hone his powers, and discover that danger is still looming when a series of alarming events […] 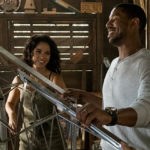 Netflix has renewed the Michael B. Jordan-produced superhero family drama Raising Dion for an eight-episode second season, per The Hollywood Reporter. Carol Barbee will continue as showrunner on the series, which is produced by Charles D. King’s Macro. Other executive producers include Michael B. Jordan, who also has a recurring role, Kenny Goodman, Kim Roth, and Dennis […] 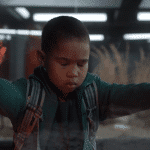 Netflix has released the first trailer for the upcoming comic book adaptation Raising Dion ahead of its arrival on the streaming service next month. The drama stars Alisha Wainwright as single mother Nicole, who with the help of her deceased husband’s (Michael B. Jordan) best friend Pat (Jason Ritter), attempts to keep her son’s (Ja’Siah […]

Netflix has released a batch of first look images from the upcoming sci-fi family drama series Raising Dion, which revolves around a young boy who finds himself developing superhero-like abilities and features a cast that includes Michael B. Jordan, Alisha Wainwright, Ja’Siah Young, and Jason Ritter; take a look here… Raising Dion follows the story […] 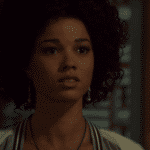 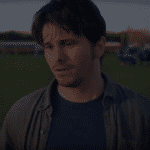 Deadline is reporting that Jason Ritter (Kevin (Probably) Saves the World) has signed on for a key role in Netflix’s superhero family drama Raising Dion, where he will star alongside Michael B. Jordan (Black Panther). Based on a short film by Dennis Liu, the drama “follows the story of a woman named Nicole Reese, who […] 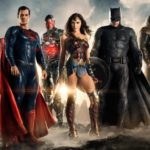 Due to New York Comic Con, birthdays and anniversaries, it’s an abridged version of The Week in Spandex this week. Normal service will be resumed this coming Saturday… The big news from the weekend was of course the release of the latest trailer for Warner Bros.’ upcoming blockbuster Justice League, while on the DC front […] Netflix is expanding its superhero output beyond its Marvel shows, with the streaming service tapping Michael B. Jordan (Fantastic Four, Black Panther) to star in and produce a new ten-part superhero drama series entitled Raising Dion. The series will be based upon a 2015 short from music video director Dennis Liu and comic book of […]