Sony Interactive Entertainment’s president and CEO Jim Ryan has announced PlayStation 4 owners will face “somewhat slower or delayed game downloads” in Europe to manage internet usage during the coronavirus pandemic. In a recent blog post, Ryan explained the decision was made so players all around the world can still engage in online multiplayer modes […] 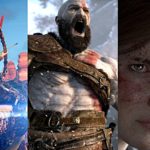 Jim Ryan, President and CEO of Sony’s PlayStation Division, has claimed that Sony is fully committed to the future of narrative-driven, story-based games. In an interview with CNET, Ryan discussed a seamless transition into the next-generation console (PlayStation 5). However, during the interview, Ryan was asked about the future of live-service games such as Fallout […]