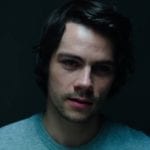 Deadline has revealed that Focus Features and FilmNation Entertainment are developing The Outfit, a gangster film starring Mark Rylance (Dunkirk), Dylan O’Brien (The Maze Runner), Zoey Deutch (The Politician) and Johnny Flynn (Emma). Graham Moore (The Imitation Game) will make his directorial debut with the film and is writing the screenplay with Jonathan McClain (Mad […]