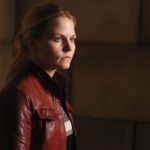 With ABC bringing the curtain down on Once Upon a Time this May after seven seasons, the network has announced that it is bringing back former stars Josh Dallas (Prince Charming), Ginnifer Goodwin (Snow White), Jennifer Morrison (Emma Swan) and Emilie de Ravin (Belle French) for the series finale. “Seven years after we set off […]

Writer-director Jeff Cassidy has released his new superhero-themed short film Sidekick, which features an impressive cast that includes Emily Bett Rickards (Arrow), Tom Cavanagh (The Flash), Josh Dallas (Once Upon a Time) and Christian Michael Cooper (Prison Break) and tells the story of a struggling father who uses a bedtime story to impart an important […]