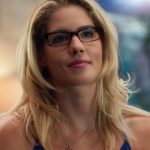 Having left the show at the end of season seven, Emily Bett Rickards is set to make her return as Felicity Smoak for a guest appearance in the series finale of the DC superhero series Arrow. The news was announced by Oliver Queen himself Stephen Amell, with executive producer Marc Guggenheim teasing that we’ll see […] 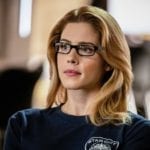 With CW’s Arrow ending next year in a shortened eighth season, at least one of the series’ original stars will not be coming back for the final season. Emily Bett Rickards, who plays the team’s tech leader and now Oliver Queen’s wife, has announced through her Instagram that she will be exiting the show at the […]

Writer-director Jeff Cassidy has released his new superhero-themed short film Sidekick, which features an impressive cast that includes Emily Bett Rickards (Arrow), Tom Cavanagh (The Flash), Josh Dallas (Once Upon a Time) and Christian Michael Cooper (Prison Break) and tells the story of a struggling father who uses a bedtime story to impart an important […]

Back in January it was announced that Marc Guggenheim is working on an animated series based upon the DC character Vixen, which will take place in the same universe as the Arrow and The Flash series and air on The CW’s digital network CW Seed. The CW is set to give fans a sneak peek […]

It looks like Felicity Smoak and Ray Palmer will be paying a visit to Central City, with Variety revealing that Emily Bett Rickards and Brandon Routh are to make guest appearances in the upcoming eighteenth episode of The Flash, entitled ‘All Star-Team-Up’. “In episode four of Flash when Felicity came by, it wasn’t just a […]