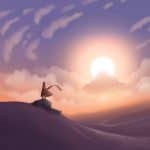 Red Stewart presents peaceful video game locations… 2020 has been a tough year on all of us. Businesses have shut down, economies are entering recessions, friends and families have lost loved ones, and there is so much stress being experienced by everyone. We won’t act like there is an easy-fix solution to everything. However, sometimes […] 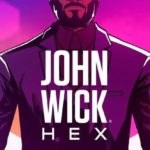 Red Stewart chats with Austin Wintory about John Wick Hex… Austin Wintory is an American composer who has been working in the video game, film, and television industries since the mid-2000s. He is best known for his scores for games like Flow, Journey, Assassin’s Creed Syndicate, and Abzû. His latest video game project was the title John Wick Hex, […] 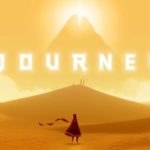 Journey, the astonishingly stunning adventure game by thatgamecompany, has arrived on the App Store with a surprise release. The announcement came from Jenova Chen, co-founder & creative director of Journey’s developer, thatgamecompany, via Twitter: Journey the older sister of Sky is out on iOS today! Thanks to ⁦⁦@A_i⁩ and ⁦@SonySantaMonica⁩, three thatgamecompany games are within […]

Coming to PlayStation Plus this September are some excellent games that offer players many hours of gaming and lots more trophies for their collections. First up for the PlayStation 4 is the fantasy epic Lords of the Fallen.  Players take on the role of Harkyn who is looking to end a devastating war between humans and the gods. […]

Tom Powter on whether the landscape of gaming is changing… When it was released in 2012, Journey quickly became one of the most critically acclaimed games of the generation. The utterly beautiful little adventure showed people that games didn’t have to be dark, gritty and full of guns. Nor did they have to be big-budget, […]