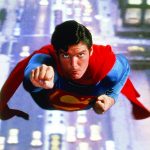 Hasitha Fernando on the top ten film scores based on DC Comics properties… When it comes to big screen adaptations, DC Comics were way ahead of the curve than their Marvel counterparts. Of course, that’s not to say that films based on DC Comic properties have been consistent throughout, but as evidenced by Christopher Nolan’s […]

Despite having adapted the story arc with the 2013 movie Justice League: The Flashpoint Paradox, Warner Bros. Animation supervising producer James Tucker has revealed that he’s keen on revisiting Flashpoint, albeit from the perspective of Thomas Wayne, as opposed to Barry Allen. “The thing we never got to do with Flashpoint was the Flashpoint Batman story,” Tucker […]