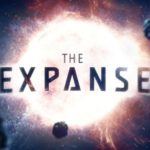 With the fourth season of The Expanse having wrapped production recently, Amazon has revealed additional casting info as well as details on the character that Rosa Gilmore (The Handmaid’s Tale) – who was announced to have joined the series a few weeks ago – will be playing. Joining The Expanse are Keon Alexander (Tyrant) and Jess Salgueiro (The Boys) […]