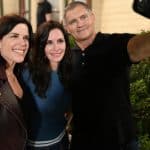 Franchise creator Kevin Williamson has announced today that filming has wrapped on Scream, the fifth instalment of the iconic slasher film series, with Ghostface set to make his return to the big screen in January 2022. “That’s a wrap on Scream, which I’m excited to announce is the official title of the next film,” said […] 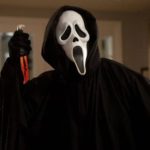 With the upcoming fifth instalment in the Scream franchise currently in production, Kevin Williamson, who wrote all previous Scream instalments and is serving as executive producer on Scream 5, has offered his thoughts on the latest film in the long-running horror series. During a reunion panel for the 1996 original film, Williamson revealed that while he was initially […] 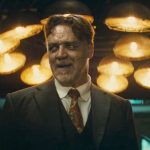 Russell Crowe has signed on to star in an as-yet-untitled supernatural thriller from producer Kevin Williamson (Scream, The Following, The Vampire Diaries), which is in development at Miramax. The film marks the feature directorial debut of Joshua John Miller and M.A. Fortin (Final Girls, Queen of the South), and will see Crowe starring as a […]

CBS is adding to its original programming for its digital streaming service CBS All Access, with the network ordering the psychological thriller Tell Me a Story from writer Kevin Williamson (Scream, The Vampire Diaries), who will executive produce with Aaron Kaplan and Dana Honor. Based on a Spanish TV series airing on Antena tres, the […]

ABC has given a script commitment to Time After Time, an adaptation of the 1979 novel from Karl Alexander, which is being spearheaded by Kevin Williamson, screenwriter of Scream and creator of the likes of Dawson’s Creek, The Vampire Diaries and The Following. Time After Time follows the legendary sci-fi author H.G. Wells as he […]