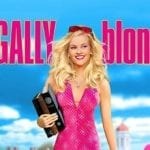 Two years after first announcing that Reese Witherspoon will be reprising her iconic role as sorority girl-turned-lawyer Elle Woods, studio MGM has now confirmed that Legally Blonde 3 has been pushed back and will debut in May 2022. Elle Woods is back! Legally Blonde 3 coming May 2022. We rest our case. #LegallyBlonde3 #ElleWoods @ReeseW pic.twitter.com/WnxI1YEfqD — […] 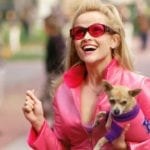 Reese Witherspoon has officially signed on to reprise her role as Elle Woods for Legally Blonde 3, which will reunite the actress with screenwriters Kirsten ‘Kiwi’ Smith and Karen McCullah, as well as producers Marc Platt and Adam Siegel. Witherspoon confirmed the news with the following tweet: It’s true… #LegallyBlonde3 pic.twitter.com/i9zBrUpRCp — Reese Witherspoon (@RWitherspoon) […]