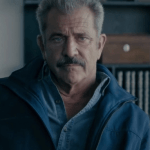 Having teamed on the upcoming Boss Level, actors Mel Gibson and Frank Grillo are set to reunite with director Joe Carnahan for the new thriller Leo From Toledo, Variety has revealed. As per the trade, Leo From Toledo will see Gibson taking on the role of a former hitman for the Kansas City mob “now […]