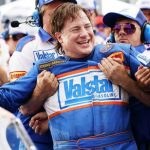 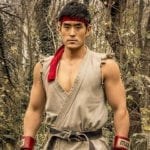 Though he was cast in Quentin Tarintino’s Once Upon a Time in Hollywood last month, Mike Moh’s (Inhumans) role had not been revealed, but now TheWrap has reported he will be portraying legendary actor and martial arts expert Bruce Lee in the film. The size of Moh’s role as Lee isn’t known yet, but it is […]

After finally acquiring his much desired and long time coming Academy Award for 2015’s The Revenant, iconic actor Leonardo DiCaprio is now looking to the future after being cast in The Black Hand, as revealed by Variety. A Paramount production, The Black Hand is a part of DiCaprio’s first-look deal with the studio and will be […]

Deadline is reporting that Paramount Pictures has closed a deal for Erik Larson’s book The Devil In The White City: Murder, Magic And Madness At The Fair That Changed America, with the film adaptation set to reunite Leonardo DiCaprio with director Martin Scorsese. The film will see DiCaprio starring as Dr. HH Holmes, a nineteenth […]