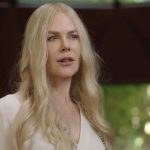 Hulu has released a new trailer for the upcoming drama series Nine Perfect Strangers. Based on Liane Moriarty’s (Big Little Lies) novel of the same name, it follows a group of nine city dwellers that attend a wellness retreat, led by the mysterious Masha, in an effort to put themselves on the path to a […]