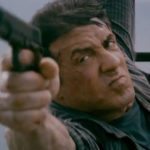 We’re still waiting on a release date for Escape Plan 2: Hades, but that hasn’t stopped Emmett/Furla/Oasis Films from kicking off production on the third instalment in the series, titled Escape Plan 3: Devil’s Station. The third film is being directed by John Herzfeld (15 Minutes) and sees Sylvester Stallone back as Ray Breslin alongside his […]