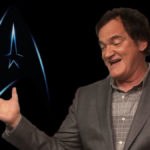 Back in December 2017, it was announced that director Quentin Tarantino was considering developing an R-rated Star Trek movie alongside Paramount Pictures and Bad Robot, which he described as “Pulp Fiction in space.” Now, in an interview on the Bulletproof Screenwriting podcast (via TotalFilm), The Revenant screenwriter Mark L. Smith, who was set to co-write the film, has explained […] 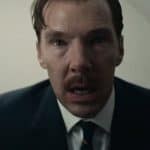 Benedict Cumberbatch is about to find himself on the run as he teams with Patrick Melrose director Edward Berger and screenwriter Mark L. Smith (The Revenant) for a limited series TV adaptation of The 39 Steps. Based on the novel by John Buchan, which was famously adapted for the big screen by Alfred Hitchcock in […]

Back in December of 2017 came the rather surprising news that Quentin Tarantino had pitched an R-rated Star Trek movie to Paramount Pictures and Bad Robot, which he described as “Pulp Fiction in space.” Fast forward three years and it’s looking increasingly unlikely that we’ll get to see Tarantino’s Trek, with Paramount still undecided as […] 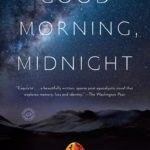 Earlier this month came the rather surprising news that Quentin Tarantino had pitched a Star Trek movie to Paramount Pictures and producer J.J. Abrams, with the studio immediately decided to press ahead with development. Well, according to Deadline, the project now has a screenwriter in Mark L. Smith, whose credits include The Revenant, along with […]

The Revenant, 2015. Directed by Alejandro González Iñárritu. Starring Leonardo DiCaprio, Tom Hardy, Will Poulter and Domhnall Gleeson. SYNOPSIS: A frontiersman on a fur trading expedition in the 1820’s fights for survival after being mauled by a bear and left for dead by members of his own hunting team. Cinema can be a beguiling, beautiful […]