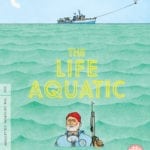 Red Stewart chats with composer Mark Mothersbaugh… Mark Mothersbaugh is an American composer who has been working in the film, television, and video game industries since the 1970s. He is best known for co-founding the band Devo, as well as his work on projects like Rugrats, Thor: Ragnarok, and The LEGO Movie. Flickering Myth has the privilege to speak […]

While his name was absent from the official production announcement, a new photo has emerged from the New York set of Thor Ragnarok, which confirms that Anthony Hopkins will be reprising the role of Odin in next year’s third solo outing for the God of Thunder. Back in January, it was rumoured that Odin has fled […]