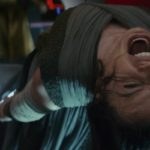 Although it was reported back in August of last year that Julie Andrews was in talks to join Disney’s Mary Poppins sequel, the Oscar-winning actress opted against a cameo in 2018’s Mary Poppins Returns, with director Rob Marshall revealing to EW that Andrews was concerned that by making an appearance she could take the spotlight […]

HE’LL BE BACK Although it was announced last week that The Terminator franchise was – thankfully – finally Terminated, its star Arnold Schwarzenegger has revealed he will be back for another film. “I’m looking forward to doing another Terminator movie, yes.” Schwarzenegger said. “I don’t want to call it, like, fake news, like the president calls […]

Last week, Disney released the first image of Emily Blunt as the titular nanny from Mary Poppins Returns and now, thanks to Twitter user Gordon Harrold, we have our first look at Hamilton mastermind Lin-Manuel Miranda as Jack. Harold snapped a few set photos while the cast and crew were shooting a scene, one of which […]

Disney has officially announced that production is underway on Mary Poppins Returns, the sequel to the classic 1964 film Mary Poppins, which sees Emily Blunt (The Girl on the Train) stepping into the title role previously portrayed by Julie Andrews. Mary Poppins Returns is being directed by Rob Marshall (Into the Woods) and also stars Ben […]

Back in August it was rumoured that Disney was lining up cameo appearances by Julie Andrews and Dick Van Dyke for its upcoming Mary Poppins sequel, and now Van Dyke has confirmed to THR that he will be appearing in Mary Poppins Returns, and even has “a little song and dance number”. “This one supposedly […]

Disney’s upcoming Mary Poppins sequel, Mary Poppins Returns, is shaping up to be an Into the Woods reunion, as Oscar winner Meryl Streep is in talks to join actress Emily Blunt, producers Marc Platt and John DeLuca, and director Rob Marshall on the film. Variety first reported the news and claims that Streep will be playing […]

We’ve known for a good while that Walt Disney Pictures has a Mary Poppins sequel in the works, and now the studio has made it official, announcing that Mary Poppins Returns is set for release on Christmas Day 2018. The film will reunite director Rob Marshall with his Into the Woods star Emily Blunt, who […]

Last week it was confirmed that Emily Blunt is to take on the title role in a sequel to the Disney classic Mary Poppins, and now Variety is reporting that Lin-Manuel Miranda (Hamilton) is also in talks about boarding the project. According to the site, Miranda would play Jack, “a lamplighter resembling the character of […]