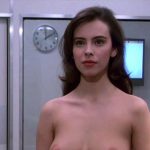 Tom Jolliffe takes a look back at a defining moment in Cannon Films canon… What’s the craziest mo-fo of a film you’ve ever seen? There have been plenty of odd films. The beauty of cinema is in its variety. I recently wrote about a slightly more critically acclaimed film Cannon made called Runaway Train. I […]