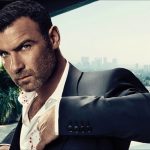 Deadline reports Liev Schreiber (Ray Donovan) has been cast as the lead in an adaptation of Ernest Hemingway’s Across The River And Into The Trees from director Paula Ortiz (The Bride). Schreiber will play Colonel Richard Cantwell, “Hemingway’s semi-autobiographical lead character who is an American officer serving in Italy right after World War II, facing up to […]